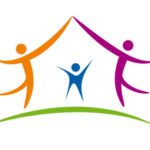 Adopting a Foster Child in the State of Florida

In the United States, the number of children in foster care had been steadily declining.  However, recently that number has begun to increase again. The majority of that increase, approximately 2/3 of the increase, has occurred in five states. The state of Florida is one of those states. An increase in substance abuse is… Read More »

Frequently Asked Questions About Adoption in the State of Florida?

In the state of Florida, adoption is governed by Florida statute Chapter 63. Who Can Adopt Pursuant to Florida Statute? Who may adopt  a child in Florida is controlled by Florida statute 63.042. This includes the following people: An unmarried adult; A husband and wife together; or A married person without the other spouse… Read More »

What Is The Florida Putative Father Registry, And How Can It Affect My Child’s Pending Adoption?

Families come in all shapes and sizes these days, and it is not uncommon for a married couple to desire that both parents have legal rights and responsibilities for the children. Here are some examples of families who may wish to consider step parent adoption: A lesbian couple wherein one parent is the birth… Read More »

What’s Involved In A Home Study In Florida?

If you are thinking about an adoption in Florida, you will need to participate in a home study before you will be matched with any child.  Based on the name, most people think of this as a home inspection. However, a home study is actually much more involved that simply inspecting the home. A… Read More »

Adoption Dilemma: The Relationship between Children and Their Birth Parents

There are many circumstances that can surround adoptions, from single parents who gave up their child for adoption, to a married couple, one of whom has to adopt the child after their wife underwent artificial insemination, to stepparent adoption, etc. But what happens as the child gets older, and starts asking questions about where… Read More »

Nemours Children’s Hospital in Orlando, Florida just took huge steps in helping facilitate international adoptions by jump starting a program to help provide families with medical care before and after they adopt a child, with a focus on providing very specific care for children who are adopted from outside the United States. This will… Read More »

For Many Same-Sex Couples, Adoption Is Still More Difficult