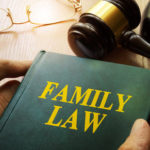 The Father’s Right Before Birth

In today’s society, many marriages ultimately end in divorce. With such a high chance of being separated, fathers are becoming more knowledgeable of their rights. However, what many dads may not know are the rights they have before the child’s birth. This little discussed topic is slowly gaining traction as an increasing number of… Read More » 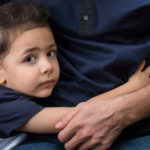 Immediately following a separation or divorce, custody and visitation often become a point of contention. Former spouses who are able to agree to financial matters and property divisions may find themselves unable to agree on issues concerning minor children. When custody has become, or will become, an issue, the importance of establishing paternity cannot… Read More »

What Is The Florida Putative Father Registry, And How Can It Affect My Child’s Pending Adoption?

The Link between Paternity and Fraud

On March 18th, Huffington Post featured an interesting article about the link between paternity tests, family law courts, and fraud. Specifically, the article discussed current issues related to fathers paying child support for children that are not theirs, and, conversely, actual biological fathers being obstructed from having a relationship with their children. The article… Read More »

A recent New York Times piece looking at the corporate culture at Amazon.com noted that the company does not offer paid paternity leave even though the competition does. For example, Netflix recently announced that it is offering one year of paid paternity leave to their employees. The reaction has been one of shock from… Read More »

Knowing your rights as a parent during adoption proceedings is crucial, particularly because it can determine the entire future for your child by severing ties with you as the birth parent. Typically, unmarried biological fathers must demonstrate a commitment to parenthood by establishing legal paternity rights in accordance with the law in order to… Read More »

How Does Being Unmarried Change My Legal Obligations and Rights?

Although a child’s parents are obligated to financially support that child (regardless of whether they are married or not), unmarried parents do not share in some of the automatic legal protection that comes with marriage. If you are an unmarried parent, it is crucial to understand both your rights and obligations, as sometimes people… Read More »

The Florida court system is designed to protect the rights and interests of children. When a child is born into a marriage, that child is considered to be legitimate. The fact that modern science now offers us the tools to prove or disprove biological paternity might not mean that we necessarily should, especially if… Read More »