Why Your Petition to Disestablish Paternity Could be Denied 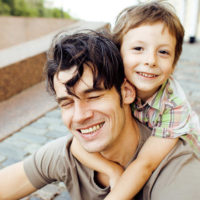 When a child’s legal father who is paying child support learns new information relating to the paternity of the child, it is not uncommon for that individual to begin the process of disestablishing paternity, which starts with the filing of a petition with the court. If the request is granted, the child’s father would be relieved of his legal obligation to continue to pay child support, although he would not be entitled to a refund of past payments. Not all fathers who find out that they are not the biological parent of a child take this route, but those who do should strongly consider speaking with an experienced paternity and fathers’ rights attorney who can ensure that their petition is filed correctly and with the proper court.

Filing a Petition to Disestablish Paternity

Before a father can disestablish his paternity of a child, he must first submit a petition to the court that includes:

Even if these requirements are fulfilled, however, a father’s request will only be granted if the court determines that the evidence presented by the father as to his paternity was newly discovered, the scientific DNA test was properly conducted, and:

Reasons that a Court Would Deny a Petition

In most cases, when a father meets all of the court’s requirements when filing a petition to disestablish paternity, he will be granted his request, which in turn, results in the severing of the legal father-child bond. However, this does not mean that all petitions are granted, even when the father remained current on child support payments and provided information as requested by the court. For instance, some courts are unwilling to grant a request to disestablish paternity if the petitioner married the child’s mother and voluntarily assumed the parental obligation to pay child support after learning that he was not the child’s biological parent. Similarly, courts are often unwilling to disestablish paternity if:

To speak with an experienced Fort Lauderdale paternity and fathers’ rights attorney about your questions and legal options, please contact Sandra Bonfiglio, P.A. at 954-945-7591 today.