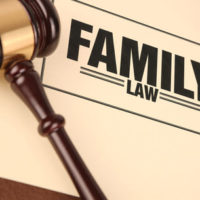 Parents in same-sex relationships still face many legal hurdles that heterosexual couples do not have to deal with, so it is not uncommon for same-sex parents to have concerns about their parental rights if a donor was involved in their child’s conception. Although this is still an evolving area of the law, a New York court recently issued a ruling that could have important repercussions for same-sex parents who are concerned about the parental rights of donors. If you have questions about the recent ruling or your own parental rights, it is critical to contact an experienced child custody attorney who can assist you.

The recently published opinion involved a same-sex couple who entered into an informal arrangement with a third party, who agreed to donate sperm to aid in their efforts to conceive via at-home artificial insemination. Although the parties signed an agreement, in which the man consented to waive his parental rights and the couple agreed to waive any claims to child support, he later filed a petition in family court after the child was born, seeking visitation. The child’s parents opposed the petition, but a family court later ruled in the sperm donor’s favor, ordering the child to undergo a paternity test.

Upon appeal, a panel of five judges overturned the lower court’s ruling, stating that ordering a paternity test at this stage in the child’s life would disrupt and potentially destroy the family unit and nullify the child’s relationship with her non-biological mother. In its opinion, the court also pointed out that the man had shown no interest in having access to the child for the entire length of the pregnancy, had not provided monetary support for the child’s birth or care, and did not raise a claim of paternity for seven months after the child was born, facts that would have weighed against the donor even if he had not explicitly agreed to waive parental rights prior to the pregnancy.

Ultimately, the court found that not only would ordering a paternity test not be in the child’s best interests, but that the presumption of legitimacy, which is a term used to describe the general legal assumption that a child born to a husband and wife is the biological child of both parties, also extends to same sex couples. Because the ruling was unanimous, the case is not open to automatic review from a higher court.

Call Today if You Have Questions About Your Parental Rights

It’s a good idea for same-sex partners who are considering starting a family or who already have children to speak with an attorney about their parental rights, regardless of whether the couple is using a donor, a surrogate, or are pursuing adoption. An experienced attorney can advise couples on how to avoid potential legal pitfalls, so if you have questions about your own parental rights, please contact dedicated and compassionate child custody lawyer Sandra Bonfiglio, P.A. at 954-945-7591. Initial consultations are conducted free of charge, so please don’t hesitate to call or contact our legal team online.