Who Gets the Family Pet in a Divorce? 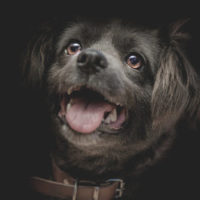 Although many states have passed legislation that specifically applies to pet custody during divorce, the Florida Legislature has not done so. This means that under the law, pets are still considered to be property, which means that, like the rest of a couple’s marital assets, they are also subject to equitable division. Fortunately, couples are often able to come to an agreement about family pets privately, in which both parties retain equal access to the animal, but this is not always possible. In these cases, a court may be forced to step in and make the decision on the parties’ behalf. However, because Florida law still allows judges to treat pets like property, the result will not necessarily represent what is in the parties’ or the animal’s best interests. If you have filed for divorce and are concerned about the fate of your own beloved pet, you should contact a divorce attorney who can explain your legal options.

Many states have passed statutes that specifically apply to pet custody disputes. Florida, however, is not one of those states, which means that animals are still viewed as property and so must be divided equitably upon divorce. Obviously, unlike other marital assets, such as real estate and retirement funds, pets cannot actually be divided between two parties. Still, judges can assign value to a pet, in which case the party who is given custody of the animal will need to pay the other party the agreed upon amount, which represents that person’s “share” of the pet. As a result, pets in Florida almost always become the sole property of one party and courts in Florida remain unwilling to engage in an analysis of which spouse is actually best suited to receive custody of the animal. Similarly, judges do not create time sharing plans that allow each party to share custody of an animal, so couples who are seriously concerned about pet custody are strongly encouraged to try to negotiate a private agreement.

Deciding who will retain a family pet can be emotional, especially if a couple has children who are especially attached to the animal. Fortunately, couples are permitted to come up with their own custody-type schedule, in which access to and responsibilities for the animal are shared. During the negotiation process, parties are encouraged to take a series of factors into account, including:

Using these factors as guidelines during settlement negotiations can help keep the parties focused on reaching a solution that is in everyone’s best interests, including the animal’s.

Speak with a Florida Divorce Attorney

Please call divorce lawyer Sandra Bonfiglio, P.A. at 954-945-7591 to learn more about the key issues and points of compromise that are often necessary when determining who will get the family pet after divorce.