When Parents Cannot Agree on Their Child’s Education 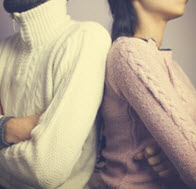 Dissolving a marriage can raise a host of complicated issues for parents when it comes to raising their children in post-divorce life. For instance, in one recent case, Florida’s Third District Court of Appeal was asked to resolve a disagreement between two parents with shared parenting responsibilities who could not agree on where their children should go to school. These types of disagreements are not uncommon, even amongst couples with relatively amicable relationships, so if you and your former spouse cannot come to an agreement on your child’s education, religion, extracurricular activities, or another important issue, it is important to contact an experienced shared parental responsibility attorney who can explain your legal rights and options.

In response to the parents’ motions, the trial court applied the best interests of the child standard and determined that it would be in the best interests of the children to attend private school. In issuing the order, the trial court also required the mother to fully cooperate when it came to submitting applications to the private school in question and to fully support enrollment if accepted. The children’s mother then filed an appeal of the trial court’s decision with the Third District Court of Appeal.

During its review of the trial court’s decision, the appellate court clarified that when parents with shared parenting responsibilities cannot come to an agreement about the raising of their children, trial courts must step in and come to a decision regarding the children’s welfare by applying the best interests of the child standard. Eventually, the appeals court determined that the trial court used its discretion appropriately and that the father’s failure to obtain the mother’s consent to the children taking an entrance eligibility examination didn’t violate their shared parental responsibility agreement. The court also differentiated this action from a case where a mother unilaterally enrolled her child in a school without the other parent’s consent, which is considered a violation of this shared responsibility.

To speak with dedicated shared parental responsibility lawyer Sandra Bonfiglio, P.A. in Fort Lauderdale about your own case, please call 954-945-7591 or send us an online message today.