What To Know About Time-Sharing In A Florida Divorce 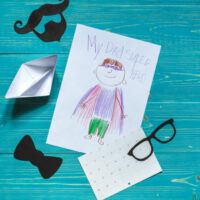 Couples with children who decide to separate won’t be permitted to finalize their divorce until a parenting plan is in place. Parenting plans are basically child custody arrangements, in which a couple decides how often each will have custody of their child. Although what these time-sharing schedules look like will depend on a family’s specific circumstances, courts have shown an increasing willingness to grant equal time-sharing to parents in an effort to serve the child’s best interests.

It isn’t always possible for two parents to reach an agreement on a time-sharing plan, in which case, a court will step in and establish a parenting plan on the family’s behalf. In either case, the parties should be represented by experienced Fort Lauderdale child visitation and time-sharing lawyers, who can help ensure that the child’s best interests are protected throughout the proceedings.

There are a few different types of time-sharing arrangements that parents can utilize after divorce, one of which is a majority time-sharing plan. Under this schedule, one parent is granted more overnight visits with the child than the other parent. However, what this schedule looks like will vary depending on the circumstances. It could mean that one parent has a child on weekdays and some weekends, while the other parent will have custody of the child every other weekend. Alternatively, a child could spend four nights out of the week with one parent and three with the other. Under majority time-sharing plans, the parent who is granted more time with the child is referred to as the primary residential parent.

In Florida, courts presume that it is in a child’s best interests to have frequent and meaningful contact with both parents. Often, this takes the form of an equal time-sharing arrangement, in which a child sees both parents for an equal amount of time. In some cases, these arrangements take the form of an “every other week” schedule, where a child alternates which parent he or she stays with. Equal time-sharing arrangements aren’t always workable, especially when a child’s parents don’t live near each other.

When a judge has deemed one (or both) parents to be a danger to a child, then it can order supervised time-sharing, which means that the child’s parent(s) will only be able to visit when a third party is present. Supervised time-sharing arrangements are rare and are only used in extreme cases, usually when there are allegations or prior instances of family violence, child neglect, or substance abuse.

Contact a Child Visitation and Time-Sharing Lawyer to Learn More

The kind of time-sharing arrangement that is put in place after a couple’s divorce depends on a wide range of factors, including the distance between the parents’ homes and the parties’ work schedules. For help coming up with a parenting plan that is in your own child’s best interests, please call dedicated Florida time-sharing lawyer Sandra Bonfiglio, P.A. at 954-945-7591 today.