What is a Gray Divorce? 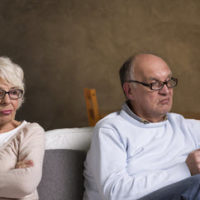 Typically, when someone thinks of a divorce, they envision a young couple ending their marriage after a few years of trying. However, the reality is that older couples are ending their marriages at a higher rate than young couples. This is commonly referred to as a “gray divorce,” a term that describes couples who divorce when both spouses are over 50 or when the relationship lasted longer than 20 years. The reason as to exactly why grey divorces are on the rise has not been completely determined, but some believe the more solid financial standing of our economy is allowing unhappy people to leave their relationships without the fear of not having the financial resources to survive.

A gray divorce is often more complicated than the divorce of younger couples. The spouses need to sort through many more years and often have a greater amount of financial resources that need to be divided. The following are a few key matters that couples going through a grey divorce must pay particular attention to:

Typically, when a couple is getting divorced after a lengthy period of marriage, it is far more difficult to divide the couple’s assets and debts. Due to the longevity of the relationship, all of the financial assets are typically considered marital property. Couples going through grey divorces often have businesses, investments, homes, and retirements that need to be divided amongst themselves. This presents a far more complex task than a divorce involving a younger, less established couple.

For younger couples, retirement planning is often an afterthought, and in many cases there are not many not retirement assets to consider when dividing the couple’s assets. On the other hand, older couples typically have a well-established retirement plan representing a source of sustenance for their near future. Years of hard work and planning must be reallocated appropriately, often presenting a very tough task. In some cases couples will actually wait until after retirement to initiate their grey divorce to make the division of assets easier.

Older couples will typically have several insurance policies they will need to sort out during a divorce. Life insurance is among these policies and will need to be considered and adjusted if a couple decides to divorce. Rising healthcare costs can often jeopardize one or both of the spouse’s ability to pay for their health insurance following a grey divorce. Additionally, long-term care plans and long-term care insurance agreements will need to be modified, putting the individuals in a tough spot regarding the future of their long-term health.

Any matter of law, including divorce, can not be confidently concluded if one of the parties is incompetent and unable to understand the proceedings. This is due to the fact that an individual who does not know what is in their best interest is not fit for a legal dispute. Unfortunately, this concern is a reality for certain couples who go through a grey divorce. In some cases, one of the individuals may be battling a cognitive disorder, such as Alzheimer’s, and is unable to competently go through a divorce.

Reach Out to Us for Help

Going through a divorce at any stage in life can be an extraordinarily difficult time. No matter the length of your relationship the pain of leaving a spouse can be overwhelming. If you are considering a divorce it is best to contact a family law attorney to discuss your situation and develop a plan that works best for you. Attorney Sandra Bonfiglio is an experienced divorce attorney in Fort Lauderdale, with the experience to guide you through your situation no matter how complex the case may seem.