What Happens to Gifts During Divorce? 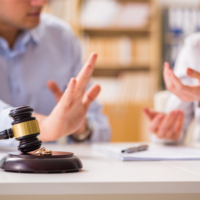 During a Florida divorce, all of a couple’s assets will be classified as either marital or non-marital, with the former eventually being split between the parties. Some assets, however, even when obtained during a marriage and so technically classified as marital property, may not actually be divisible upon divorce. Some gifts, for instance, may not qualify as marital property, even when acquired during the course of a marriage. A failure to understand these nuances in family law can have significant repercussions on the fairness of a couple’s settlement agreement, so if you and your partner have decided to get divorced, you should speak with an experienced Fort Lauderdale property division lawyer about the likely fate of your assets.

Under Florida law, interspousal gifts, or gifts given by one spouse to another, are categorized as a marital asset for purposes of property division during divorce. This means that the parties will most likely need to share that asset, or its proceeds. If, for instance, one spouse gave jewelry to another, the parties would either need to sell that asset and split the proceeds, or either party could retain exclusive possession of the property in exchange for an equally valuable marital asset. The type of arrangement that a couple reaches will depend on a few different factors, including the type and value of the gift in question, the parties’ financial resources, and the couple’s willingness to negotiate.

State law also specifically states that any property acquired separately by either party via non-interspousal gift, or a gift from a non-spouse, will be considered separate property, which means that the gift would stay in the sole possession of the original recipient. Determining whether an asset is a gift, however, can be more complicated than most people realize. If one spouse contests that an asset was a gift, for instance, in an effort to classify it as marital property, the recipient may be required to prove that the transfer of the asset was intended as a gift, delivered to the recipient (who took possession of the asset), and that the person who gave the gift surrendered control over it.

The debate regarding the fate of gifts given during marriage often center around specific types of assets, including:

For help determining whether your own marital gift will remain in your sole possession after divorce or will need to be shared with your soon-to-be former spouse, please call our office today.

Set Up a Free Case Review

If you’ve received gifts from your spouse or a third party and have questions about the fate of those gifts upon divorce, please call 954-945-7591 today to speak with dedicated Florida property division lawyer Sandra Bonfiglio, P.A. about your concerns.