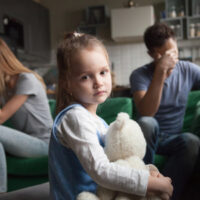 Child custody disputes can be some of the most challenging and emotional experiences of a parent’s life. Fortunately, there are steps that parents can take to increase the likelihood of resolving their issue as quickly and smoothly as possible. Please call our dedicated Fort Lauderdale child custody lawyers to learn more about how you should approach your child custody case.

While it can be tempting to vent one’s feelings to friends and family on social media or other internet platforms, doing so when involved in a custody dispute is almost never a good idea and can actually significantly hinder a case. This is largely because one of the factors that courts consider when making custody decisions is the ability of both parents to cooperate with each other and encourage a relationship between their child and the other parent. Negative posts on social media could be brought to a judge’s attention when evaluating a parent’s fitness, giving courts an inaccurate representation of a parent’s values and actions.

When deciding custody-related issues, courts assess a variety of factors, including each parent’s involvement in their child’s life prior to divorce. For this reason, it can be extremely helpful for those who are involved in a custody dispute to take notes and record details about the tasks that they engage in with their child, including everything from doctor’s appointments and play dates to school activities and parent teacher conferences. Parents should also consider keeping a record of the contact that they have with their former partner regarding their child, including phone calls and text messages, all of which can provide a firm foundation proving to a court that they have their child’s best interests at heart.

It is not uncommon, during child custody disputes, for parents to speak with their children about the legal matter in question. This should, however, be avoided at all costs, as doing so can cause a great deal of harm not only to a child’s relationship with his or her parents, but also to the case. For instance, speaking negatively about a former partner to a shared child can result in allegations of parental alienation, which can result in restriction on a person’s custody rights. Ultimately, protecting a child from a custody dispute is critical both to the outcome of a case and to that child’s well-being.

Schedule an Initial Consultation with Our Fort Lauderdale Legal Team

While these tips often prove helpful to anyone engaged in a child custody dispute, it’s important to keep in mind that no two cases are the same. For this reason, couples who share children and who have questions or concerns about a custody matter, should be sure to speak with an experienced attorney before moving forward with their case. Speaking with dedicated child custody lawyer Sandra Bonfiglio, P.A. is free of charge, so if you are involved in a custody dispute, please call us at 954-945-7591 or complete an online contact form to set up a consultation today.