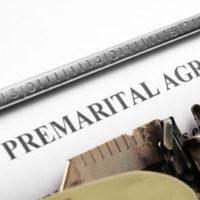 Alimony reform continues to be a hot topic here in Florida. Back in January 2017, bills were introduced to, once again, try and reform Florida’s alimony laws.

Last year, the legislature passed alimony reform. Under what was labeled SB 668, judges were denied the ability to award so-called “lifetime alimony” payments. SB 668 replaced judicial discretion with formulas that would have been used to calculate the amount and duration of alimony. The formulas were based on the number of years of marriage and income gap between the two spouses (including past, current and expected income). The House counterpart was HB 455.

Proponents of SB 668 argued that “lifetime alimony” needed to be abolished since it was basically a personal welfare program that created dependence by the receiving spouse who now had financial incentives to never remarry, or work or become financially independent. Lifetime alimony prevented both divorcing spouses from moving on tying the paying-partner to set payments for years into the future regardless of future changes in career and income.

On the other hand, opponents claimed that alimony reform was anti-women, since women comprise many alimony receivers in Florida. State Sen. Arthenia Joyner (D-Tampa) opposed last year’s bill. She is quoted as saying: “Think about the man or woman who leaves their profession because they love their spouse and love their children and want to provide the best a mother can do. .. Wrinkles occur, a little love spots here and there … and then you get kicked to the curb.”

In the end, the opponents prevailed as Governor Rick Scott vetoed SB 668. However, as noted, efforts to reform alimony in Florida continue.

And alimony is an issue for LGBT couples too. Not too long ago, WNBA basketball star Brittney Griner was ordered to provide spousal support to her ex-wife after their one-month marriage was annulled.

What Should You Do?

While attempts at alimony-reform have stalled for 2017, you can protect yourself and your partner by using a premarital agreement or a prenuptial agreement.

Florida courts will enforce a carefully-drafted valid prenup that protects the spouses from lifetime alimony awards. A prenup drafted by experienced family law attorneys would plainly state that the soon-to-be-married partners agree that any alimony awarded in the future would be subject to modification and subject to some specified length of time.

Let Us Help You Today

Before you get married, know that help and advice are available. If you are in need of assistance contact attorney Sandra Bonfiglio in Fort Lauderdale. Attorney Bonfiglio is an experienced marital attorney with the knowledge and skill to effectively advocate on your behalf and ensure your needs are met. For a free consultation call 954-945-7591.