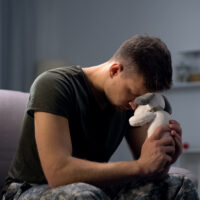 Being a divorced parent is hard enough, but those who are both divorced and serving in the military are required to grapple with particularly complex issues. Fortunately, Florida lawmakers addressed some of these difficulties by passing The Uniform Deployed Parents Custody and Visitation Act (UDPCVA) last year, which allows deployed parents to file motions requesting modification of time sharing and parental responsibility agreements. To learn more about this law and how it applies to your own situation, please contact a dedicated Fort Lauderdale child custody lawyer who can advise you.

The Rights of Deployed Parents

The UDPCVA was created in 2012 by the Uniform Law Commission, which intended to address the discrepancies in how courts across the country handled child custody matters when one or more parents were deployed. Although approved by The American Bar Association and a variety of other legal groups and committees, the UDPCVA has only officially been adopted by 13 states, including Florida, which enacted the law last year. Prior to the passage of the UDPCVA, courts were not permitted to issue or modify orders that changed time sharing agreements after a parent received orders to deploy. Under the terms of the UDPCVA, however, service members who are activated, temporarily assigned to military service, or deployed can request a temporary modification of a time sharing arrangement if:

The UDPCVA also permits parents who are deployed or ordered to provide military service for more than 90 days to designate a person to exercise time sharing rights on their behalf. However, only certain individuals qualify for this designation, including family members, stepparents, and relatives of the child by marriage. The child’s other parent will only be permitted to object to such a designation if the modified arrangement would not be in the child’s best interests.

Finally, the law gives parents the right to testify via phone, video, webcam, or affidavit if they cannot appear in person and to have the former time sharing agreement reinstated upon their return.

Parental Responsibilities Under the UDPCVA

The UDPCVA also requires deployed parents to abide by certain rules. For instance, deploying parents are required to notify their child’s other parent of the deployment as soon as possible. Deploying parents are also required to comply with specific procedures when it comes to making out-of-court agreements regarding a change in custody and visitation during deployment, or when terminating a temporary custody arrangement by agreement. Deployed parents may still be required to pay child support, but also have the option of:

If you or your former spouse recently learned of an imminent deployment, you need the advice of an experienced Florida divorce attorney. Please call dedicated divorce lawyer Sandra Bonfiglio, P.A. at 954-945-7591 today to learn more about how we can help.

Including Virtual Visitation in Your Parenting Plan