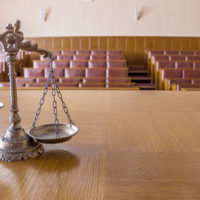 During a divorce, a custody battle is often the most contested issue couples face as they try to separate. Thus, it is something that both individuals will be striving to present the best case in hopes of swaying the outcome in their favor. However, it is important to remember that it is impossible to predict the outcome of a child custody dispute, the court will determine custody based on what they believe will serve the child’s best long term interest. Above all else, it is in your best interest to discuss your situation with a family law attorney. An experienced attorney will be able to work with you to develop a plan that effectively strengthens your child custody case.

While it may be your first instinct to focus on talking poorly about your spouse during child custody negotiations, this may not always be in your best interest. The Florida legal system is a large proponent of co-parenting whenever possible. Therefore, talking poorly about your ex or building your case as the worthy parent may not be received well. There are likely very few explanations you can give that will sway the judge’s mind one way or another.

It is easy to get wrapped up in the emotions of a contested custody battle, however, it is important to take a step back and remember that these important decisions should not be based on emotions. Rather, your child’s well-being should be at the forefront of the decision making process. In the vast majority of situations, this means that it is in the best interest of your child to be raised in a co-parenting system where both parents have the time and opportunity to spend time with the child and raise them to the best of their ability. While this may not be what you think is best, research suggests that it is almost always in the best interest of children to be raised by both parents.

What Not To Do

During the custody battle, there are some obvious things you should refrain from doing while the proceedings are progressing. While some of these suggestions may go without saying, it is vital that you refrain from the following while your custody battle unfolds:

Do You Need Assistance?

Regardless of the status of your custody battle, a knowledgeable divorce law attorney as you make your claim for custody. Your attorney will stand by your side throughout the process and advocate on your behalf. At the Fort Lauderdale law offices of Sandra Bonfiglio, we are here to help you through your most difficult times. Call 954-945-7591 now for a free consultation.