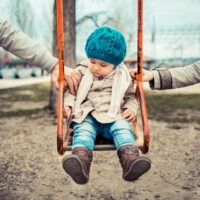 It is a principle of family law in Florida that both of a child’s parents have a legal obligation to financially support their offspring. Often, couples are able to reach an informal agreement on this issue or may even fail to request child support from the other parent at all. When this occurs, custodial parents are often left wondering whether they can later request retroactive child support payments. The rules regarding retroactive child support are actually quite complex in Florida, so if you have questions about your financial obligations, or a former partner’s responsibilities towards your child, you should speak with an experienced Fort Lauderdale child support lawyer as soon as possible.

Florida law does allow family courts to award retroactive child support payments. This doesn’t, however, refer to past due child support payments, but to the gap of time between when a parent should have been paying support and the current date. Back child support, on the other hand, is a term used to describe payments that are late. Retroactive support isn’t late until a court officially schedules payment.

There are also limits to these awards. A parent can only seek retroactive child support, for instance, for the two years before the actual request for support was made. Furthermore, financial support for a child can only be requested when two parents no longer reside in the same household as the child. If, for example, a child’s father was living with both the child and the child’s mother until nine months ago, then the mother could only request retroactive support for those nine months of separation. This is true even if the father wasn’t helping to support the child while he was living in the same household. Courts also recognize that parents are rarely able to pay what they owe in a single lump sum payment and so usually allow parties to pay in a series of installments.

When deciding how much retroactive child support to award in a particular case, courts look at a variety of factors into account, but will primarily focus on:

Even when dealing with retroactive child support, courts will still apply the same statewide guidelines when determining the proper monthly amount. This in turn, requires an assessment of both parents’ incomes, the child custody arrangement, how many children are being supported, and the needs of the children. If, for some reason, a child’s parent fails to provide evidence about his or her income for the retroactive period of time, the court will instead look at that parent’s current income to reach a retroactive obligation amount.

Do You Have Questions About Retroactive Child Support?

If you need help petitioning the court for retroactive child support, or your child’s other parent is unfairly seeking child support that has already been paid, you could benefit from the help of an experienced child support lawyer. To learn more, please call dedicated attorney Sandra Bonfiglio, P.A. at 954-945-7591 today.