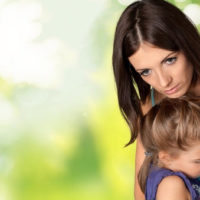 Couples with children who decide to dissolve their marriages are required to come up with a parenting plan that details how parenting time will be allocated between them before their divorce can be finalized. These arrangements are intended to ensure that children have ongoing and meaningful contact with both of their parents even after the marriage has been dissolved. When these agreements are made and a divorce decree is issued, both parties are required to comply with the terms of the arrangement.

Interfering with an ex-spouse’s allotted parenting time isn’t permitted and can actually lead to indirect contempt of court charges or modification of a custody arrangement. With so much at stake it is important for those who have been unfairly accused of interfering with an ex-spouse’s time with their child, or whose ex-spouse is making it impossible to comply with their own time sharing arrangement, to speak with an experienced visitation rights attorney who can help protect their interests.

It is not uncommon for complications to arise in our day to day lives that could have an impact on a parent’s ability to comply with a custody agreement. For instance, one parent may be running late to pick up a child from school or have a business trip that overlaps with a weekend where he or she has custody of the child. While most parents are able to work through these problems and make alternate arrangements, this is not always possible, especially when one ex-spouse is purposely attempting to intrude on the other parent’s time with their child by simply refusing to abide by the terms of the custody arrangement.

Whether interference is direct or indirect in nature, the at-fault party could be held in contempt of court, which could involve jail time and hefty fines. Fortunately, it is possible to avoid contempt of court charges by arranging for make-up time to compensate the other parent for a lack of visitation, voluntarily attending counseling, or paying all fines and fees. However, if a party is held in contempt of court, a judge could order that a parenting time arrangement be either temporarily or permanently modified.