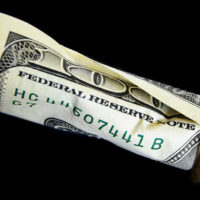 In some situations, property division is the most difficult part of a divorce, especially for couples who do not have a valid prenuptial agreement in place or who are unable to come to an out-of-court settlement. In these cases, it is often necessary for a court to step in and divide the property in an equitable manner. Determining which assets must be divided isn’t always easy, so if you are considering a divorce and have questions about what property you can keep and what must be divided between you and your spouse, you should consider speaking with an experienced property division attorney who can address your concerns.

In Florida, only assets that fall under the category of marital property must be divided equitably during a divorce. Generally, assets that either spouse acquired during the course of a marriage will be considered marital property. This includes both vested and non-vested benefits, insurance policies, retirement funds, pensions, and any right or asset accrued during the marriage.

However, there are exceptions to this rule. For example, even if one spouse inherits money or property during a marriage, those assets will be considered separate property in the event of a divorce. This means that the inheritance will remain the sole property of the original beneficiary and will not be subject to division. Similarly, gifts that have been specifically given to one party will remain the property of that individual even after divorce. The only exception to this rule is when the gift was given by one spouse to the other. Finally, all property owned prior to a marriage will be considered separate property and so will remain in the ownership of the original holder.

Unless assets have been commingled during a marriage, those that were obtained before the wedding will be considered the sole property of the original owner. This includes:

Divorce-related legal matters can be complicated and may require the assistance of an experienced property division attorney. If you are considering filing for divorce in Fort Lauderdale, please call Sandra Bonfiglio, P.A. at 954-945-7591 today to learn more about your legal options.