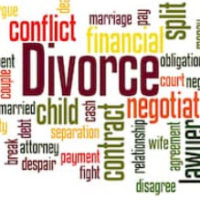 In most cases, property acquired by one spouse will automatically be considered the joint marital property of the other spouse as well. There are, however, a few exceptions to this general rule. Inheritances, for instance, if received by only one spouse will qualify as separate property, regardless of when they were acquired. While this property could eventually transition into a marital asset if both parties use it, it will at least initially be considered a separate asset and so would remain in the sole possession of the inheritor if the couple later decides to end their marriage.

Determining the fate of an inheritance can be tricky, especially during divorce, so if you are thinking about ending your marriage and received an inheritance that was only in your name, you should speak with an experienced Fort Lauderdale property division lawyer who can help protect your property interests during divorce.

Although it is possible to leave an inheritance to a couple, most are left via bequests to an individual. While this may seem straightforward, the fate of that inheritance can become a bit more complicated if a couple later decides to divorce and one spouse claims that the asset qualifies as marital property. Fortunately, these types of claims can be defeated by demonstrating that an inheritance qualifies as separate property and so is not divisible upon divorce.

Under Florida law, separate assets include property received by one spouse through noninterspousal gift or bequest. In fact, assets acquired in exchange for separate property will also remain solely under the ownership of the person who received the gift or inheritance, so if one spouse is left an inheritance and later buys something new with the proceeds of that inheritance, he or she will still have the sole claim to the new purchase.

Proving that an Asset was Inherited

A person will only be able to retain an inheritance upon divorce if he or she can prove that the asset was actually inherited via a bequest. This can be achieved by detailed financial records demonstrating that certain property came directly and exclusively from an inheritance. In demonstrating this, a party will undoubtedly need to provide evidence regarding the will or trust from which he or she received the inheritance, bank records, and if the property was sold to purchase something new, receipts, invoices, and other purchase records. Those who cannot provide this evidence could end up having to split their inheritance upon divorce, even if that inheritance was only received by one spouse.

Transforming an Inheritance into Marital Property

Although inheritances are generally treated as separate property during Florida divorces, it is possible for inherited property to transform into a marital asset if:

When assessing whether an asset has been transformed in this way, courts will look to the inheritor’s intent, as well as to whether his or her conduct indicated that the inheritance was shared with a former partner.