Inheritance And Divorce In Florida 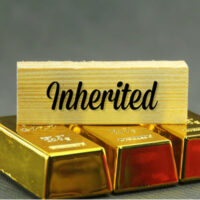 Most married couples don’t receive inheritances jointly. Instead, one spouse will usually receive a bequest as an individual. If the couple later divorces, this inheritance will most likely remain in the sole possession of the original heir. Furthermore, these amounts could also end up playing a role in a court’s decision regarding whether someone has the financial ability to pay alimony upon divorce.

In Florida, divorcing spouses must divide all of their marital property, or assets that were acquired during the course of the marriage, regardless of who purchased or acquired them or whose name is on the title or deed. There are, however, a few exceptions to this general rule. For instance, non-spousal gifts given to one party, as well as inheritances given to only one spouse won’t qualify as marital property, even if they were received during the marriage. Instead, these kinds of assets will be considered non-marital property and so won’t be subject to equitable division upon divorce. Even if the spouse sold or invested the inherited asset and bought something new with the proceeds, the new purchase will still qualify as a non-marital asset and remain with the original heir. It’s also important to note that inherited property can transform from non-marital into a marital asset if the person who received it shared it with the other spouse, or if the inheritance was put into a joint account or invested into a jointly owned property.

Proving that an Asset Was Inherited

Generally, all assets acquired by either spouse during a marriage will be presumed to be marital assets. To overcome this presumption, in the case of an inheritance, a person will need to provide clear evidence that the property in question came directly and exclusively from an inheritance. A copy of a will could serve this purpose, as could a letter of intent from the decedent, or bank statements or receipts from the sale of the inherited asset.

Your Inheritance Could Affect Alimony

When making alimony determinations, Florida courts assess two things: whether one of the spouses needs financial assistance and whether the other spouse can afford to provide it upon divorce. During this assessment, the court will look at the financial resources of both parties, including not only marital property from the settlement agreement, but also any non-marital assets owned by each spouse. This means that an inheritance given to one spouse during the marriage and deemed a non-marital asset that stays in that person’s possession upon divorce, can still be used to decide whether that person is eligible for, or is able to pay alimony.

If you received an inheritance during your marriage and are concerned about the fate of that property in the event of divorce, don’t hesitate to call dedicated Florida property division lawyer Sandra Bonfiglio, P.A. for help. You can set up a free case review by calling 954-945-7591 today.