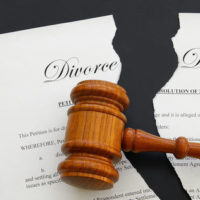 When divorce is on the horizon, it is not uncommon for couples to begin worrying about whether they will be held responsible for each other’s debts. In many cases, these concerns are valid, as debts, just like assets, must be divided between divorcing couples based on an equitable division standard. Essentially, this means that Florida courts will only approve property division agreements that are fair to both parties. To learn more about what qualifies as a fair settlement agreement in your own case, please contact an experienced Florida property division attorney for assistance.

Couples who are willing to negotiate in an out-of-court setting are often able to reach a marital settlement agreement, in which they divide not only their assets, but also their liabilities in a fair manner. This could involve each spouse agreeing to take on the debts that they incurred on their own, or to split all debts evenly. In either case, a fair division of marital liabilities can only be achieved if both parties are honest and open with each other about identifying and valuing debts, so it is important for divorcing couples to account for all liabilities during their negotiations, including mortgages, personal loans, lines of credit, credit cards, vehicle loans, and consumer debts.

If, however, a couple is unable to reach a reasonable agreement on division of marital liabilities, a court will step in and make decisions about debt division on the parties’ behalf. In these cases, a judge will start the division process by determining which liabilities qualify as marital and which are separate, with the former representing debts taken out by either spouse after the marriage, and the latter a reference to debts taken out by each party in their own names prior to the marriage.

Generally, any liabilities taken out during the marriage, whether done jointly or only by one spouse, will qualify as marital debt and so must be divided equitably between the parties. Debts taken out by one spouse that have not yet been paid off by the end of the marriage will usually remain the sole responsibility of the original debtor. It is also possible, however, for a non-marital debt to become marital and vice versa if the parties agree to the change in a valid premarital or postmarital agreement.

Florida law presumes that a 50/50 division of assets and debts is fair. However, courts also have discretion to divide the debts in a way that they deem equitable, although before doing so, they must assess a variety of different factors, including the duration of the marriage, both party’s financial circumstances, and whether any of the debts represent an intentional waste of marital assets. Once this assessment has been completed and a decision reached, the family law judge will be required to include an explanation of the court’s reasoning in the written divorce order.

If you and your spouse are considering divorce and you are concerned about the fate of your marital debt, please call dedicated Fort Lauderdale property division attorney Sandra Bonfiglio, P.A. at 954-945-7591 to learn more about your legal options.