How is Child Support Calculated in Florida? 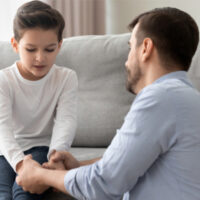 Child support is a critical issue for parents who have decided to separate, as this financial obligation not only impacts a parent’s ability to provide for his or her child, but also affects the income available to each parent for setting up a separate household. Fortunately, child support in Florida is relatively predictable, meaning that a Fort Lauderdale child support lawyer who has experience with these types of calculations can give divorcing parents a relatively good idea of what they can expect.

The basic formula for establishing child support in Florida involves calculating the parents’ incomes. This combined monthly income is then used to determine the total amount of support due each month based on the income shares model and a specific set of guidelines. For instance, a couple with a combined monthly income of $4,500 who share two children, would have a base monthly support obligation of $1,423. This does not, however, mean that one parent must pay this full amount. Instead, this number represents how much both parents are expected to contribute towards the child’s support.

To determine how much each parent must pay, a couple will need to calculate the percentage of total monthly income attributed to each parent. If, for example, one parent in the earlier example earns $3,000 a month and the other earns $1,500 a month, the higher earning parent would be responsible for around 66 percent of the income. Essentially, this would mean that the higher earning parent was responsible for two-thirds of the $1,423 amount, for a total of $949, while the lower earning parent would only need to pay one-third of that amount, or around $470.

In most cases, child support is paid by the non-custodial parent to the custodial parent, while the parent with the majority of custody just contributes to his or her child’s support obligation directly. If, however, a couple’s parenting plan involves substantial time-sharing (each parent has the child for at least 20 percent of the overnights every year), a lower amount of actual child support will generally change hands. In these situations, courts use the gross up method to calculate child support, which involves increasing the base child support obligation by 150 percent.

This obligation would similarly be split based on percentage of income. At this point, however, the shares would be adjusted based on the percentage of overnight visits with each parent, so if a child spends 100 nights with the higher earning parent, the percentage split would be around 25 percent to 75 percent. Each parent’s obligation would then be multiplied by the other parent’s percentage of overnights. Finally, the obligations are offset, so the lower earning parent’s monthly payment would be deducted from the higher earning parent’s. The difference between this method and the income shares model isn’t always significant, although generally, the closer to equal the number of overnights get, the greater the impact on how much support will actually be exchanged between two parents.

Do You Have Questions About Child Support?

If you and your child’s other parent are separating and you have concerns about who will be responsible for child support, please call experienced child support lawyer Sandra Bonfiglio, P.A. at 954-945-7591 for help.