How Divorce Can Affect Your Beneficiary Status 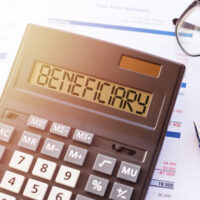 A lot of things change after divorce besides a couple’s marital status. Divorcing couples can, for instance, expect to undergo a change in living arrangement and financial status once their marriage has been terminated. As a part of these adjustments, divorcing couples should also expect their designations as each other’s beneficiaries to change, which can have significant financial repercussions down the road. To learn more about modifying your beneficiary designations upon divorce, please reach out to an experienced Fort Lauderdale divorce lawyer today.

What are Beneficiary Designations?

It is not uncommon, during a couple’s marriage, to list a spouse as the designated beneficiary on these kinds of accounts and assets. This preference can change, especially if a couple decides to divorce. In fact, most couples prefer that a former spouse no longer remain their beneficiary at all.

Florida law specifically addresses situations in which a person designated his or her spouse as a beneficiary, but later ended the marriage. In these cases, any designations made on behalf of a former spouse for the payment or transfer at death of an interest in an asset, will automatically be considered void as of the date of the divorce. The policy or account holder’s interest will instead pass on as if the former spouse had already passed away. Although this law was enacted to avoid the unintended disposition of assets upon a former spouse’s death if that person wasn’t able to address the beneficiary designations before passing away, it only applies to certain accounts and policies, including life insurance policies, annuities, employee benefit plans, retirement accounts, payable on death accounts, and security accounts.

After a couple divorces, both parties should be sure to review all of their accounts and policies to address their beneficiary designations, as any designation made prior to divorce in favor of a spouse will automatically be deemed invalid. Even those who still want a former spouse to remain a designated beneficiary will still need to re-designate that person once the marriage has legally been dissolved. Alternatively, the parties should strongly consider designating new beneficiaries once the divorce has officially been finalized.

Help with Your Florida Divorce

Speaking to dedicated Florida divorce lawyer Sandra Bonfiglio, P.A. is free of charge. Contact us at 954-945-7591 or complete an online contact form to get in touch with a member of our legal team today.