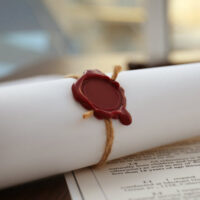 In March, Florida lawmakers passed a series of laws, which, if enacted, could have significant consequences for divorced couples and co-parents across the state. Governor Ron DeSantis has yet to sign the bill, which is set to go into effect on July 1st if it is not vetoed. Reach out to our legal team today to learn more about how this law could affect your own custody or alimony arrangement.

One of the most polarizing aspects of the Florida custody reform bills is a provision that would order family law courts to presume that dividing parenting time between two parents equally is in a child’s best interests. This would place the responsibility on the parents (if they disagree with a 50/50 custody arrangement) to prove that such a plan would not be best for their child. Opponents of the bill argue that this is simply not feasible for many parents, who may not have the means to hire an attorney and gather the relevant evidence. Others raise concerns that parents will be granted shared custody despite a history of abuse, neglect, violence, substance abuse, mental health issues, or criminal behavior in the family.

Advocates of the bill, on the other hand, claim that such a bill levels the playing field between mothers and fathers, with the former historically being favored when it comes to custody arrangements. Advocates also argue that if the bill passes, parents can still negotiate the terms of their parenting plan in a way that doesn’t reflect a presumptive equal split.

The reform package also contains an overhaul of the state’s alimony laws, reflecting a shift in perspective from granting long-term financial support to recipient spouses. If enacted, this law would prohibit the award of permanent alimony. Instead, recipients would be expected to become self-supporting if possible and would be granted financial support only to achieve those goals. There would, however, be some exceptions for alimony recipients who are permanently disabled, those who care for a disabled child on a full-time basis, and those who would become impoverished without financial support.

Paying parties would also have the right to lower their alimony payments, or even end them altogether, at retirement. The bill has also come under fire from opponents for a provision that would allow already divorced couples to re-litigate their alimony arrangements under the terms of the new law if one of the parties requests a modification of the award.

Do You Have Questions About Custody and Alimony Reform in Florida?

If the governor approves the recently passed alimony and custody reform laws, divorcing couples in Florida could be facing a host of new legal issues. One of the best ways to prepare for how this could affect your own custody or alimony situation, is to speak with an attorney about your specific case. To learn more about what you can expect if these laws are approved, please reach out to experienced Florida divorce lawyer Sandra Bonfiglio, P.A. by calling our office at 954-945-7591 today.