Do I Qualify For Permanent Alimony? 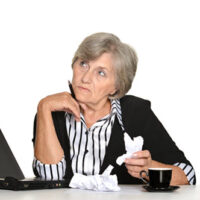 During divorce, courts can order one spouse to give financial support to the other in the form of monthly alimony payments once the marriage has legally ended. This form of court-ordered financial support is generally referred to as alimony, of which there are five types in Florida. These include bridge-the-gap, durational, rehabilitative, temporary, and permanent alimony. Each of these types is awarded in certain situations. Temporary alimony, for instance, is considered a short-term stopgap to help a lesser earning spouse cover expenses while a divorce is pending. Bridge-the-gap and rehabilitative alimony, on the other hand, are specifically designed to help a party become self-supporting by providing financial support while the recipient goes back to school or obtains additional training. Permanent alimony, however, unlike the other types, doesn’t have an end date, but must be paid for the foreseeable future.

Permanent alimony is paid by one former spouse to another for an indefinite period of time. It is usually only awarded in cases where the divorcing parties were married for many years and there is strong evidence of one party’s inability to become self-sustaining or to meet his or her needs. It’s important to note, however, that the needs of the parties, when it comes to alimony, are determined based on the standard of living the couple was accustomed to during the marriage, which means that something that might qualify as a luxury to someone else, could constitute a necessity to a divorcing couple. Besides considering the parties’ needs, the court will also look at the other spouse’s ability to pay alimony when determining whether an award of permanent alimony is appropriate. Although it has come under fire recently, multiple attempts to abolish permanent alimony in Florida have failed in the last few years.

Even taking these factors into consideration, however, a court will rarely award permanent alimony after anything but a moderate to long-term marriage. For instance, courts are much more likely to award durational, bridge-the-gap, and rehabilitative alimony, especially after the end of a short-term marriage (i.e. lasting less than seven years).

Are you considering divorce and are concerned about your financial future? Do you think you might qualify for permanent alimony? For answers to these, and any other divorce-related legal questions you may have, please call 954-945-7591 and set up a consultation with experienced Florida alimony lawyer Sandra Bonfiglio, P.A. today. We know the prospect of divorce can be frightening. You do not, however, have to go through it alone.