Will A Raise Affect My Child Support Payment? 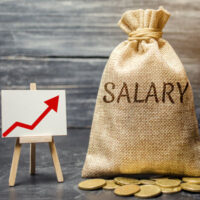 Receiving a raise at work is usually a cause for celebration, reflecting that someone’s hard work and dedication has paid off. It can, however, impact how much a non-custodial parent has to pay in child support, as these payments are impacted by continuing changes in a family’s lives. A person who was laid off, for instance, could alert the court to the change and receive a temporary reduction in payments. Similarly, a substantial raise can mean a significant increase in child support, although whether an increase in pay qualifies as substantial will depend not only on the amount, but when the child support order was put in place. Read on to learn more about modifying child support based on an increase in income.

A Substantial Change in Finances

A change to a child support order won’t be automatic or instant. Instead, the person requesting the modification will need to submit a court filing and provide proof of the change in circumstances. When the request is being made due to an increase in one of the parent’s salaries, however, the petitioning party will also need to demonstrate that the change in finances is substantial. Whether a change in finances is significant enough to qualify as substantial will partly depend on when the order was issued. If, for instance, the child support order went into effect less than three years before, then the income must have gone up by 15 percent, or at least $50. If, on the other hand, it has been more than three years since the support order was issued, then the amount can be less, usually ten percent, or more than $25.

A Permanent Change in Finances

A parent who is asking the court for an increase in child support because of another parent’s raise may also need to prove that the change in finances is permanent, which means that the payor has experienced at least six months of lasting gain. A parent who was granted a raise, but then lost it, for instance, would likely not be required to pay more in child support. Similarly, a parent who received a one-time bonus or commission may not be required to make a larger child support payment. A parent who received a permanent raise, on the other hand, and collected pay stubs for several months, would probably be required to pay more in support, as long as the raise represented a significant enough increase under Florida law.

Call Today for Help with Your Case

If your co-parent has experienced a significant increase in income, you could be entitled to more child support. Obtaining a modification, however, can be complex, especially if the other parent is resistant to an increase in the award. Fortunately, dedicated Fort Lauderdale child support modification lawyer Sandra Bonfiglio, P.A. is here to give you the legal assistance you need to file and follow up on a request. Call us today at 954-945-7591 to set up a free consultation, or send us an online message with your contact information and a brief description of your case.