The Role Of Communication Records In Divorce 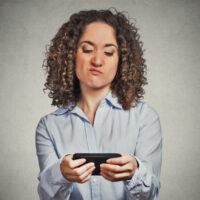 Couples who are unable to resolve divorce-related issues in an out-of-court setting will need to go through official court proceedings to legally end their marriage. These proceedings tend to be exhaustive and potentially draining, with both parties required to provide the court with ample paperwork regarding income, shared assets, and their children. Often, a court could even request records of communication between the parties, including text messages and social media transcripts. The content of these communications could end up playing a role in the court’s decision regarding property division, alimony, or child custody, so if you have questions about the types of evidence that could be used in your own divorce proceedings, consider reaching out to an experienced Fort Lauderdale divorce lawyer for help.

What are Communication Records?

Communication records document conversations between two people, or in the context of divorce proceedings, two soon-to-be ex-spouses. In prior decades, communication records were primarily made up of letters and documents. Now, however, there are a lot of other ways that people communicate with each other, including:

These forms of communication are all admissible in court when going through a divorce.

Communication records can be used to depict the kind of relationship that two spouses share. If one spouse, for instance, has accused the other of being emotionally or physically abusive, he or she can use emails and text messages that contain violent language to help prove the allegation. These records can also be used to prove infidelity or that one spouse is attempting to hide assets, or to exonerate oneself from similar accusations. Communication records can even be used to help demonstrate a parent’s involvement, or lack thereof, in a child’s life, which can have bearing on time-sharing arrangements and visitation. Anything that is posted online can also be used as evidence in court, including social media activity. This kind of evidence can have financial consequences for the parties involved. Posts and photos about one spouse’s vacation or extravagant purchase could, for instance, result in a court giving a larger portion of another asset to the other spouse to compensate him or her for the depletion of the marital estate.

Because social media can have such significant consequences, most divorcing couples are typically encouraged to avoid posting things on social media, at least until their divorce is finalized. This includes posting photos, as well as updating statuses, commenting on other people’s accounts, or even tagging one’s location.

Going through a contested divorce can be grueling, with both parties seeking to one-up the other. Having an attorney on your side can make a big difference in how smoothly these proceedings are handled. For help with your own divorce, call experienced Fort Lauderdale divorce attorney Sandra Bonfiglio, P.A. You can set up a free consultation by reaching out to a member of our legal team at 954-945-7591 today.