Temporarily Relocating With Your Child During Divorce 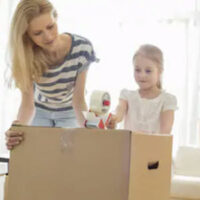 One of the most immediate and pressing needs for many divorcing couples is deciding where they will live during the pendency of the proceedings. This issue can become even more complicated when a child is involved, as parents are required to obtain court approval before relocating with their children when the move is more than 50 miles away. There are also specific procedures that parents must follow when attempting to obtain a temporary relocation order, so if you and your spouse have decided to end your marriage and one, or both of you, have decided to relocate, you should consider reaching out to a Fort Lauderdale child relocation lawyer who can walk you through the process.

During divorce proceedings, parents can ask the court for a temporary relocation order allowing them to move with their child until the divorce is finalized. This is, however, only necessary when a move actually qualifies as relocation, which means that:

On the other hand, a relocation that is under 50 miles away, or that will last for fewer than 60 days, won’t typically require a judge’s permission.

Relocation Based on Parental Agreement

A parent who wants to relocate with his or her child while divorce proceedings are still pending has two options for doing so, the first of which is relocation based on parental agreement. This is possible when the non-moving parent consents to the temporary relocation and requires that the parties enter into a written agreement that includes:

Once completed, this agreement will need to be filed with the court, where a judge will approve it if the arrangement is deemed to be in the child’s best interests.

If a child’s parents are not in agreement regarding the temporary move, then the relocating parent will need to file a petition seeking a temporary order to relocate. After the filing has been made, the court will schedule a preliminary hearing, where both parents can argue their cases. Generally, if the petition complies with all necessary legal requirements, then the petition will be approved. The request can, on the other hand, be denied if: