Setting Aside a Divorce Settlement Agreement 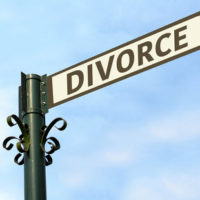 Many couples are able to avoid litigation when filing for divorce by negotiating an out-of-court agreement, often with the assistance of a third party mediator or an attorney. The settlement agreements resulting from these negotiations only become legally enforceable after they are reviewed and approved by a Florida family law court. It is possible, albeit difficult, to vacate these agreements before they become court orders, so if you entered into a divorce settlement with a former spouse and now wish to invalidate it, it is critical to speak with a Fort Lauderdale divorce attorney who can advise you before you proceed with your claim.

Why Couples Attempt to Set Aside Divorce Settlement Agreements

When children are involved in a case, courts are generally hyper aware of any substantial changes in the parents’ situations that would impact those children’s best interests. For this reason, judges are almost always willing to set aside a marital settlement agreement if the terms of that agreement are no longer in a child’s best interests, as long as a final judgement has not yet been issued.

Alternatively, a significant change in a person’s financial situation could justify a request to set aside a divorce settlement. This is an especially common occurrence for parents who reach an agreement through mediation or out-of-court negotiations, but experience a substantial change in their financial circumstances during the window of time between reaching that agreement and the court’s entry of a final judgement. In these cases, courts are usually willing to reevaluate the finance-related aspects of the divorce agreement, including alimony obligations and property division agreements.

Options for Setting Aside a Settlement Agreement

Divorcing parties can usually attempt to set aside a divorce settlement agreement as long as a court has not issued a final judgment in the case. This often requires the filing of a motion to set aside or vacate the agreement in question, which will also necessitate setting out the specific facts justifying the request, as well as the legal authority, such as case law or statutory language, on which the petitioner is basing his or her argument. Eventually, a hearing will be held on the issue, at which point, the judge will hear testimony and review evidence before making a decision. In the event that a judge does choose to vacate a marital agreement, he or she can either order the parties to go back to mediation to reach a new agreement, or can set the matter for trial.

Judges are rarely willing to set aside a settlement agreement once it has become legally enforceable through a court order. In fact, one of the few times that a court will consider taking this step is if there is evidence of fraud committed by one spouse during the divorce settlement process. Otherwise, if a final judgement has already been entered by a court, then the party seeking to set aside an agreement will instead need to file an official modification request.

Call Today for Help with Your Case

To speak with dedicated divorce lawyer Sandra Bonfiglio, P.A. about setting aside your own settlement agreement, please contact our legal team at 954-945-7591 today.