Preparing For Future Events In Your Parenting Plan 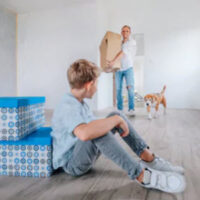 It is important for families, when creating a parenting plan, to remember to focus on what would currently be in a child’s best interests. For instance, parents are discouraged from making plans based on things that might happen in the future, but to focus on their present circumstances. There are, however, exceptions to this general rule, when a child’s parents or a judge can include prospective plans in a child custody arrangement, although doing so is only permitted if an event is reasonably certain to occur. Unfortunately, determining what kinds of events parents can try to plan for when crafting a child custody arrangement can be complicated, making it especially important for parents who have decided to end their marriage, to reach out to an experienced Fort Lauderdale child visitation and time-sharing lawyer for advice.

What Events are Reasonably Certain to Occur?

Parenting plans are created based on a family’s present circumstances, meaning that it is usually not possible to include conditional arrangements in a custody plan. This is not true, however, if a parent can establish that the condition in question is reasonably certain to occur, or that it is a predictable event that will occur at a definite time. Courts have, for instance, ruled that a child starting school is reasonably certain to occur, so just because a child is too young to attend school at the time of a couple’s divorce, does not mean that parents cannot plan for that eventuality. In these cases, courts have been willing to allow for the inclusion of alternate provisions in the parenting plan, such as a different plan for a child’s overnight visits once school starts. Judges have also shown a willingness to account for planned custody changes that are based on a parent’s return from a tour of duty.

Why is This Exception Important?

If parents were not permitted to include any type of provisional planning in their custody arrangements, they would be required to seek formal modification of their plans after any major changes, even if those changes were inevitable or foreseeable. The modification process itself can be complicated, so being able to plan for these events in a custody arrangement during the initial divorce proceedings is usually preferred by the parties involved.

Florida judges strictly enforce the rules regarding conditional provisions and will disallow any attempt in a parenting plan if the event is not reasonably certain to occur. Recently, one court struck a conditional provision that would have allowed for a change in custody if a child’s mother were to relocate, an event that wasn’t likely to occur. In another case, a Florida trial court rejected a parent’s attempt to include a provision in a parenting plan that would alter a custody arrangement if either parent drank alcohol in the presence of their children.

While predicting the future isn’t always possible, there are certain events that we can usually count on taking place. For help ensuring that your own parenting plan accounts for these events, please reach out to dedicated Fort Lauderdale child visitation and time-sharing attorney Sandra Bonfiglio, P.A. at 954-945-7591 today.