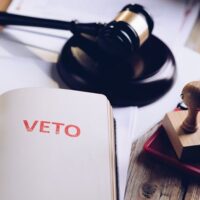 Only a few months after both the Senate and the House passed an alimony reform measure, the governor of Florida officially chose to veto it. If passed, the law would have eliminated permanent alimony and provided paying spouses with a method of modification upon retirement. This veto marks the third failed attempt of Florida lawmakers to reform the alimony laws in recent years.

Because of the governor’s veto, Florida’s alimony laws will remain the same for the time being. If it had been approved by the governor, however, the alimony reform package would have:

Besides these alimony-related changes, the law would also have modified current child custody practices by requiring courts to presume that 50/50 timesharing between divorced parents is in a child’s best interests. Currently, courts are only directed to presume that time with both parents is best for a child’s development and general well-being. To learn more about Florida’s child custody and time-sharing laws, feel free to reach out to our legal team today.

Supporters of the bill argue that the changes would have modernized the state’s alimony laws, making them more equitable for divorcing couples. The governor, however, was unconvinced, voicing concerns over the consequences of the bill’s effect on ex-spouses who were financially dependent on their alimony payments. Specifically, he raised concerns over the law’s retroactive effect, stating that it would impair the rights of those individuals under their preexisting marital agreements.

Proponents of the bill countered these claims, stating that individuals who wanted to change their prior permanent alimony awards would still have need to meet the substantial change in circumstances standard unless they were retiring. Even in these cases, the paying spouse would have to comply with a wind-down period, permitting him or her to reduce alimony payments 25 percent per year over a four year period.

Reach Out to an Experienced Florida Alimony Lawyer

Figuring out how to become financially secure upon divorce often proves to be one of the most complicated parts of ending a marriage. Fortunately, divorcing couples don’t have to contend with these kinds of issues on their own, but can seek help from a dedicated divorce attorney, who can help them come up with an alimony agreement or property settlement that will give them the best chance of achieving financial security upon divorce. To learn more about Florida’s spousal maintenance laws, call Florida alimony lawyer Sandra Bonfiglio, P.A. at 954-945-7591 today.

By Sandra Bonfiglio | Posted on July 28, 2022
Skip footer and go back to main navigation