Do I Have To Share My Inheritance After Divorce? 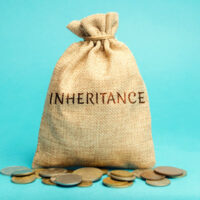 Deciding who will retain which assets after divorce often proves to be one of the most complex aspects of ending a marriage, with both parties wishing to keep what is rightfully theirs. In Florida, couples are generally required to divide all of their marital assets, or property acquired during the marriage, equitably. This is true regardless of which spouse acquired it, or even whose name is on the title or deed. There are, however, a few exceptions to this rule, under which individuals can retain assets that they received during marriage, for themselves. Inheritances are one of these exceptions.

Unfortunately, this doesn’t mean that the issue of who will retain one spouse’s inheritance will always be resolved easily, so if you are considering divorce and are concerned about the fate of your own inheritance, consider reaching out to an experienced Fort Lauderdale property division lawyer for help.

Florida courts use equitable distribution laws to divide property between spouses, not necessarily equally, but fairly. This division, however, only applies to marital property, or property acquired during the course of a marriage. Non-marital property, on the other hand, is made up of assets that were accrued by either spouse before the marriage. There are a few exceptions to these general definitions, under which an asset that would normally qualify as marital, would be considered non-marital. Non-spousal gifts given to one party, for instance, are usually treated as non-marital property, as are inheritances bequeathed to only one spouse.

Inheritances are generally treated as non-marital property when it comes to divorce, which means that the person who received the inheritance won’t be required to share it when the couple separates. There are, however, a few exceptions to this rule, where an heir may be required to share his or her inheritance. If, for instance, one spouse fails to keep the inheritance or inherited assets separate from other marital assets, then that property could be considered commingled, meaning that it has essentially become a marital asset. This could happen if:

For help determining whether your own inheritance has been commingled or remains a non-marital asset, please call our office today.

Here to Help with Your Divorce-Related Property Division Legal Issues

If you received an inheritance during your marriage and you are concerned about the fate of those assets if you get divorced, don’t hesitate to call dedicated Florida property division lawyer Sandra Bonfiglio, P.A. at 954-945-7591 for help. We can help you come up with a personalized strategy to fit your specific legal needs, so don’t hesitate to reach out to us by phone or online message today.